Our All New Album Misery Accomplished Is Out Now!

Today we are releasing the first all new Roy music in over 15 years in our new album “Misery Accomplished.”  Misery Accomplished is an album about achieving your goal and it not turning out the way you thought. Some people might call it a concept album but it might be more appropriately thought of as a reality album.

You can head to our website to hear Misery Accomplished in its entirety on most music and streaming platforms you can think of.

We’re playing an upcoming show at Beer Bunker in Portland April 30th @ 7.30pm to celebrate the release of Misery Accomplished and play almost the whole album along with a gaggle of old Roy tunes.  Cancelled by Roy AND Royaphobia (The Fear of Being Rocket Out)?  Yep! 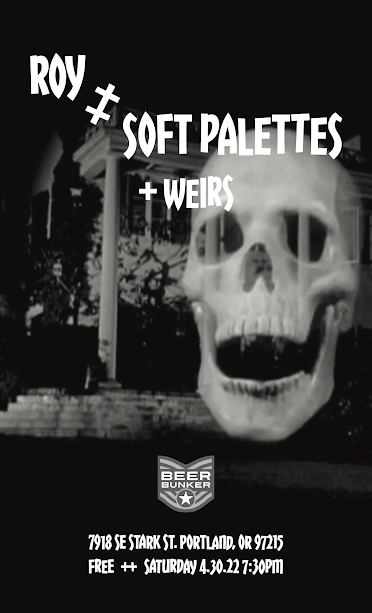 Listen to Misery Accomplished and come to our upcoming show in Portland. 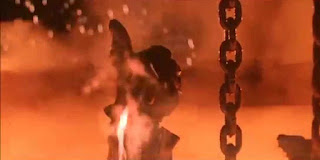 Today I was sipping tea and reading the New York Times.  As I felt the crisp newspaper in my fingers I was adjusted the knob of my AM Radio to move away from the static closer to the music. Then I read Natasha Frost's latest article "It Could’ve Been the World’s Largest Potato, if Only It Were a Potato."  After realizing that I had stumbled upon one of the most well articulated articles of modern journalism I had a thought. 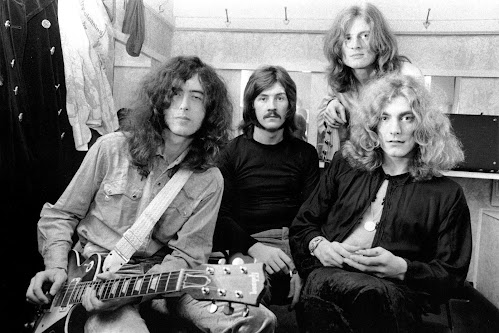 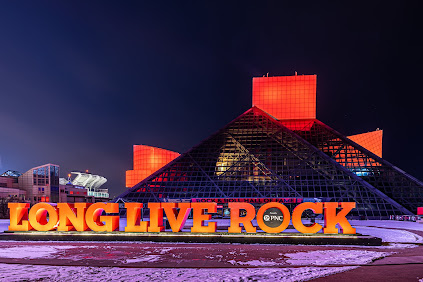 Recently Dolly Parton opted out of her nomination to be added to the Rock & Roll Hall of Fame.  We want to personally let the Hall of Fame know that if we are nominated we will gladly accept and also that we don't have anything important on our calendars this Friday, Saturday or next Tuesday!

It's Tragic That Britney Spears Is Not A Friend Of Roy!

Hello random Internet user.  Did you know Paul and I wrote a song called "We Got Beat Down In A Britney Spears Mosh Pit" sometime in 1998?  Back then Britney had just released "...Baby One More Time" and hadn't yet decided to date Justin Timberlake and wear a matching set of denim jumpsuits to the American Music Awards.  Chris Crocker hadn't demanded people "leave Britney alone" either but we were back in 1998 trailblazing the modern #freebritney movement.  The song may be satire juxtaposing the hard music we were fond of with her brand of pop revels but the friendly message remains the same as I sing at the end of the song

"This raps for Miss Britney Spears, this song helped me get rid of my fears.  I love her to the end cause she's my friend, sure I got beat down but I'd do it again. Out."

I wanted those lyrics to be future telling but so far they have not been.  I think you can join in our collective mourning that after being pioneers in the support Britney Spears movement we still are not friends with one of the greatest pop stars of all time.  ❤️

You'll Never Get Ahead Saying Yes To The Man

Bobby Conn is a rocker out of Chicago who's had an incredible song writing career.  We really wish we were one of the kids in the background clapping along.  We actually may have been.  You see anything is possible when you don't consider time, space and try and bend the laws of reality.

From Bobby Conn himself through some YouTube comment: "The video is from an unrehearsed live appearance on Chic-a-go-go in 1997 or 1998 (ten years ago, shit!). Chic-a-go-go is a brilliant children’s dance show on cable access here in Chicago; it’s sort of like American Bandstand or Soul Train, but for little kids. Every week there is a random collection of kids and parents dancing to pre-recorded tracks and usually there is a special guest from the independant music scene. The guest can be local or touring acts, ranging from totally obscure noise bands to bigger acts. There is no budget and no rehearsal; they usually shoot two or three episodes in about two hours. The host is a punk rock rat puppet named Ratso and his lovely partner, currently Miss Mia Park.

The original version of the tune is on my album Bobby Conn, available through Atavistic/Truckstop Records.  I think it is on iTunes, Amazon, etc. It’s my first album; please buy a copy as I haven’t seen any royalties from those people for a long time.  There is also a live version on my album Live Classics, Vol. 1 released on Thrill Jockey Records. It is considerably more rocking than the original, which may or may not be an improvement." 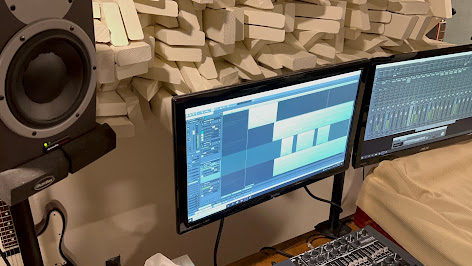 After a full year of recording Paul and I wrapped up the initial tracking of the upcoming Roy album Misery Accomplished.  Last week we were in the studio mixing and mastering with David Fuller.  We've worked with David in the past on songs such as Royaphobia (The Fear of Being Rocked Out) and Bling, Bling.

Our All New Album Misery Accomplished Is Out Now!